How To Save $137,575 On Your Next Purchase By Maximizing Your Credit Score - Arlington VA's #1 condo site
0

How To Save $137,575 On Your Next Purchase By Maximizing Your Credit Score

Your credit score is one of the key determining factors that lenders look at to determine your interest rate. Getting the best interest rate can save you thousands of dollars over the life of the loan. Whereas bad credit can tear a hole through your purchasing power.

Many people don’t qualify for the best rates, even if they pay all of their bills on time!

A recent study found that almost 80% of people have a credit report that contains errors. And a quarter of these people get denied a loan they would otherwise be approved for as a result. For a mistake, they didn’t make!

A good to excellent credit score is key to getting the best rate on a mortgage loan. So, if you have any thoughts about buying a home anytime soon or refinancing, it’s crucial to find out your credit score and improve it as much as possible.

Although several different scoring systems exist to determine whether you have good credit, FICO and VantageScores are the two popular models. Both of these scoring methods use a sliding scale, and both range from 300 to 850. Fortunately, it can be fairly simple to improve your credit score. 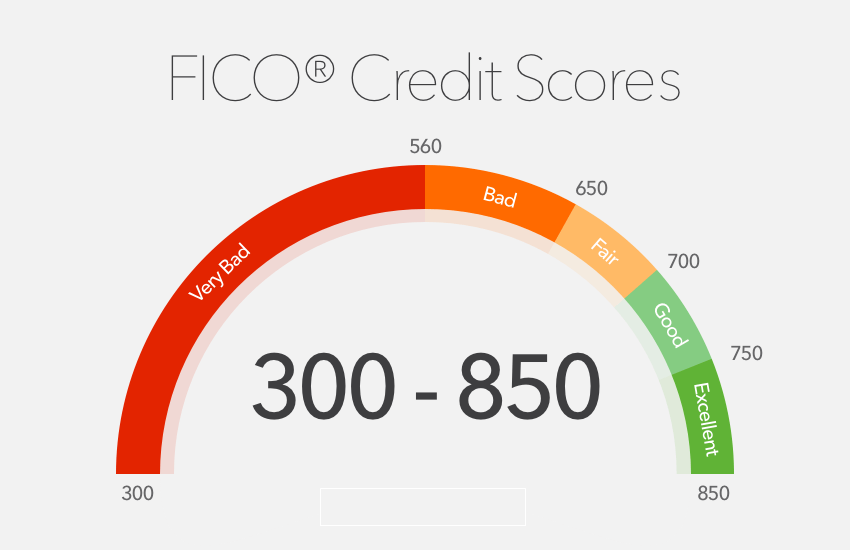 How to get your credit reports and score

If you own a small business, keep in mind that any business loans or lines of credit might not show up on your personal credit report because any credit reporting is for the business, not the individual.

By law, these three credit bureaus are required to give you a free look at your report once a year at AnnualCreditReport.com

If you haven’t seen your credit in a while, it is probably best to get all three reports now. Some people then will request one report every four months from a different bureau.

Check Your Credit Report For Errors

Once you get your credit reports, you will want to check them for errors. There are many types of errors that can appear.

I once found an account that had an outstanding balance of $10 that I thought I had closed the year before. It showed up on all three of my reports. Once I disputed it and got it removed, my score jumped 60 points.

Sometimes the same account can show up twice on the same report, which can be harmful if you had any missed payments on it. Or an open account can appear as closed or vice versa.

Whatever the issue is, you want to contact the credit bureau directly. They all have directions on dispute resolution. The three bureaus can be found at

Another common error is when a credit card doesn’t report your credit limit, which is the same as reporting a limit of zero. This means, to the credit bureaus, that your card is maxed out without spending a dollar, and you’re over your limit as soon as you do.

If this is the case, you’ll want to call your credit card company and ask them to report the limit. If they won’t, it’s time to contact the credit bureau.

However, make sure you do not dispute more than three errors at a time with any single credit bureau or they're just going to mark the disputes as frivolous.

Instead, file three disputes and wait until you get a resolution. Then they have thirty days to investigate the dispute. Once it’s resolved, you can dispute three more. Many times people don’t think about their credit until they need a loan. But at that point, if their score is too low or there are errors, it’s too late. You’ll either be denied or pay more in interest than you should.

So it’s best to always be in-the-know when it comes to your credit — it can save you lots of money and headaches in the long run.

If you made it this far, you are probably wondering where I got the figure, $137,575, in the title of this post. Well, I found a handy little tool on myfico.com to help calculate your mortgage interest rate based on your credit score.

I used a purchase price of $500,000 with a downpayment of 20% for a loan amount of $400,000. If your credit score is on the low end between 620-639, the average interest rate was 5.6% and the total interest paid over the course of the 30-year loan would be $426,674. The table below summarizes the different rates based on credit scores along with the monthly payment and lifetime payment based rates available on Feb 28th, 2018.

You can also look at the effect interest rates have on the monthly payment. A modest improvement in your score from say 678 to 702 (certainly doable) would save you $92 per month.

You can find the tool I used to find the scores and interest rates above at: https://www.myfico.com/credit-education/calculators/loan-savings-calculator/. Plug in your own loan numbers and you might be surprised how much you can save.

If you are thinking of buying in the near future, or if you are curious about your credit, there is no better time to check it than today.

Is the market ‘truly staggering’?

Listings and Contracts – Insights to the Market